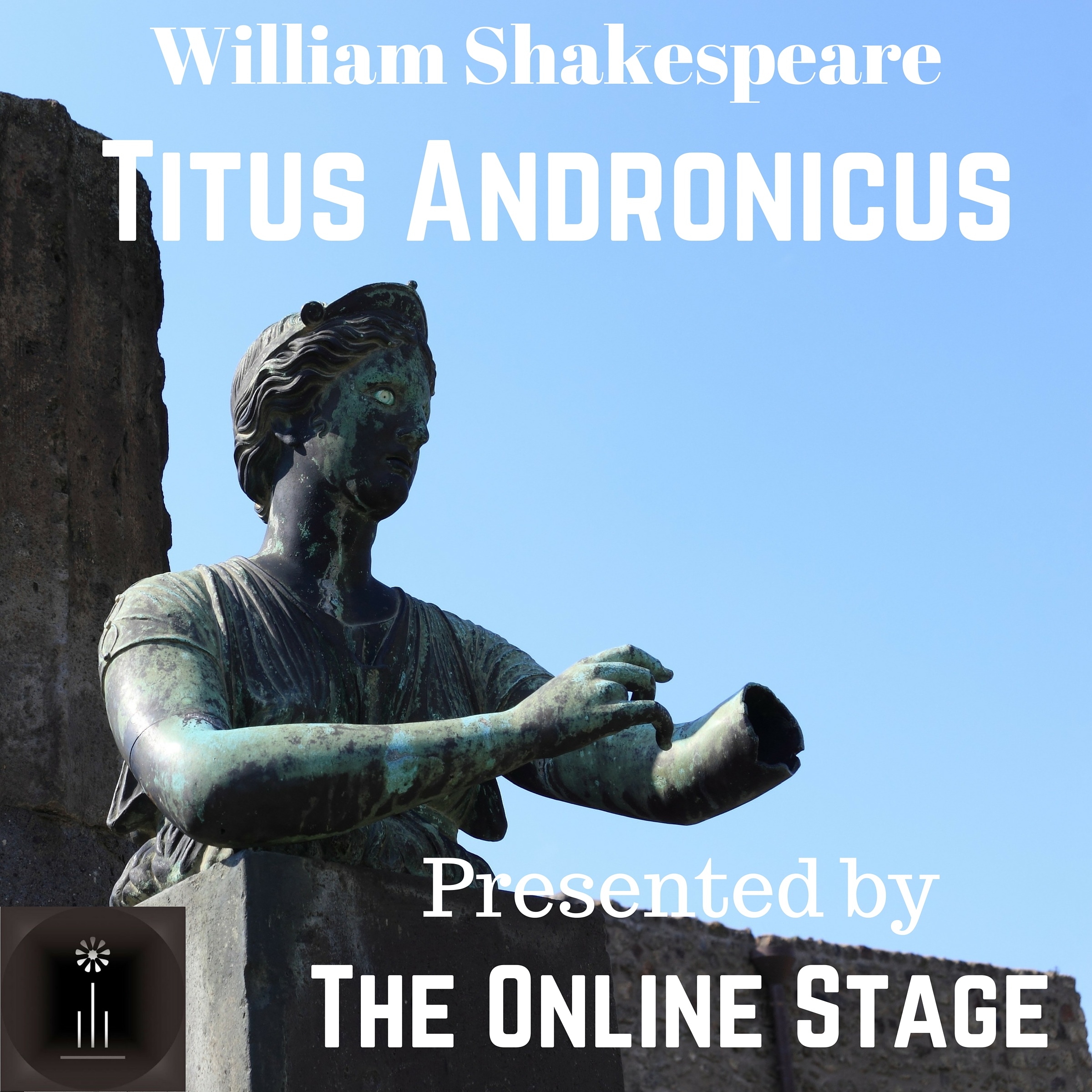 Titus Andronicus
by William Shakespeare
Presented by the Online Stage
Written probably between 1588 and 1593 Titus Andronicus has been described as Shakespeare's first tragedy.
As an example of a revenge tragedy it was very popular in its day, but fell out of favour in succeeding centuries, due largely to its relentlessly graphic nature.  However, in the Twentieth century, marked as it was by massed displays of violence, the play came to be seen as a more nuanced and realistic portrayal of the horrors of institutionalized conflict.
While scholars agree that the play was written in collaboration, probably with George Peele, much of the verse has a dramatic power that later became fully realized in Shakespeare's major tragedies.
Cast
Titus - Andrew Coleman
Lucius  - Brett Downey
Young Lucius - Beth Thomas
Marcus - Peter Tucker
Saturninus - Marty Kris
Tamora - Susan Iannucci
Aaron - Cate Barratt
Demetrius - David Prickett
Chiron - Levi Throckmorton
Lavinia and The Nurse - Caprisha Page
Mutius and Publius - Brian Mansi
Martius, Country Fellow and the First Goth - Ben Lindsey-Clark
Quintus and Aemilius - Tovarisch
Bassianus - Alan Weyman
Stage directions read by Denis Daly
Audio edited by Denis Daly
Cover design by Denis Daly
The script for this recording was kindly provided by Folger Digital Texts.
This recording may be freely downloaded and distributed, as long as the Online Stage is credited as the author.  It may not be used for commercial purposes or distributed in an edited or remixed form.
The Online Stage is collective of narrators and actors who have come together to present productions of classic dramatic works in audio format.
Please visit us at:
The Online Stage